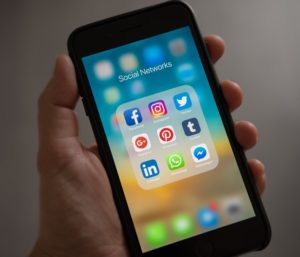 The excessive use of social media – in particular, going overboard with selfie posting – is associated with a 25% increase in narcissism, according to a study published in The Open Psychology Journal. In the study, researchers observed personality changes in over 70 people aged 18 to 34, for various months. They found that using social media excessively to post images of oneself did indeed spike an increase in narcissistic traits, but researchers believe it works the other way around as well. That is, those who already have narcissistic traits tend to use social media more to display images of themselves.

Narcissism and Visual Social Media
In the above-mentioned study, participants used various forms of social media though the rise in narcissism from excessive use was only linked to visual postings. That is, in those who mainly networked on sites such as Twitter – which is mainly used to share opinions or articles – the same spike was not observed. Despite this fact, those who were already narcissistic to begin with, did become more ‘verbal’ as the months went by on sites like Twitter. The researchers concluded by warning users that posting selfies can increase narcissism. Primarily, this is because this habit can increase the narcissist’s perception that they are the center of attention. Without enjoying the benefit of authentic ‘censure’ from those around them, people can feel omnipotent and more powerful or influential than a dose of reality would suggest.

How do Narcissistic Individuals Present Themselves on Social Media?
In a 2017 meta analysis centered on social media use and narcissism, researchers from the University of Würzburg found that people with narcissistic traits as a whole are drawn to social media. The personality type most drawn to social networking sites are what scientists call ‘grandiose narcissists’ (as opposed to ‘vulnerable narcissists’). Grandiose narcissism involves feeling one is exceptionally remarkable, intelligent, and/or beautiful. Those with this trait post selfies to social media to obtain approval. Vulnerable narcissists, on the contrary, have a fragile sense of self-esteem and tend to withdraw from social interaction. The researchers also found a link between the number of friends one has on social media and narcissistic traits. Finally, they concluded that there is a stronger link between narcissism and social media use in countries with big social differences.

According to a 2018 Nielsen Total Audience Report, American adults spend over 11 hours a day interacting with media. This includes online viewing, reading, and social media use. Narcissism is often described as a disorder that is not curable, but research shows that empathy can be learned and psychotherapy may also be beneficial. Those who have this disorder can are receiving treatment should ideally aim to be aware of how social media can affect them, discussing its importance or prevalence in their own life with their therapist.