A statement from MHC’s President and CEO

At a time when the worsening crisis in child and adolescent mental health both nationally and locally is in dire need for intervention, it is extremely troubling to witness the blatant disdain of well-equipped groups to take the necessary action to address this issue.

In a mental health nonprofit survey late last year of Killingly students from 7 to 12 grade, nearly 30% of the respondents reported that they have had thoughts about hurting themselves. 14.7% have made suicide plans. According to the Mental Health America’s 2022 Report, the state prevalence of untreated youth with depression in Connecticut is 65.6%, 5.6% higher than the national average. In addition, according to the Child Health and Development Institute, 83% of children show improvement in symptoms after receiving evidence-based treatment in Connecticut. Despite these statistics, the Killingly BOE has chosen to ignore the data.

This issue pertains not only to the town of Killingly, it also sets a terrible and dangerous precedent as other Connecticut municipalities BOE’s weigh similar mental health proposals.

It is imperative for students to have resources available for them in school settings to receive professional mental health support. MHC vows to always condemn any actions taken to restrict students’ rights to mental health resources.

MHC joined state leaders, teachers, and parents of Killingly students for a rally at the state capitol in support of student mental health resources. 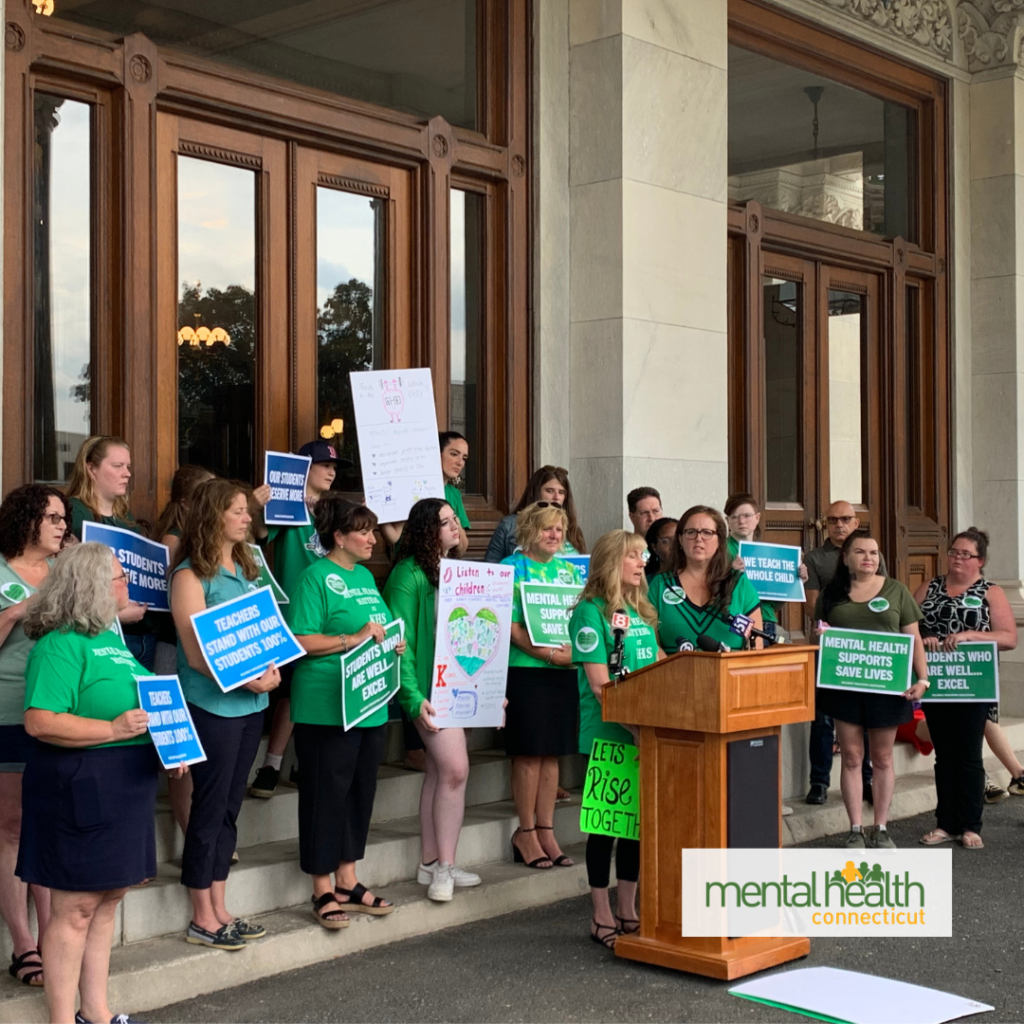 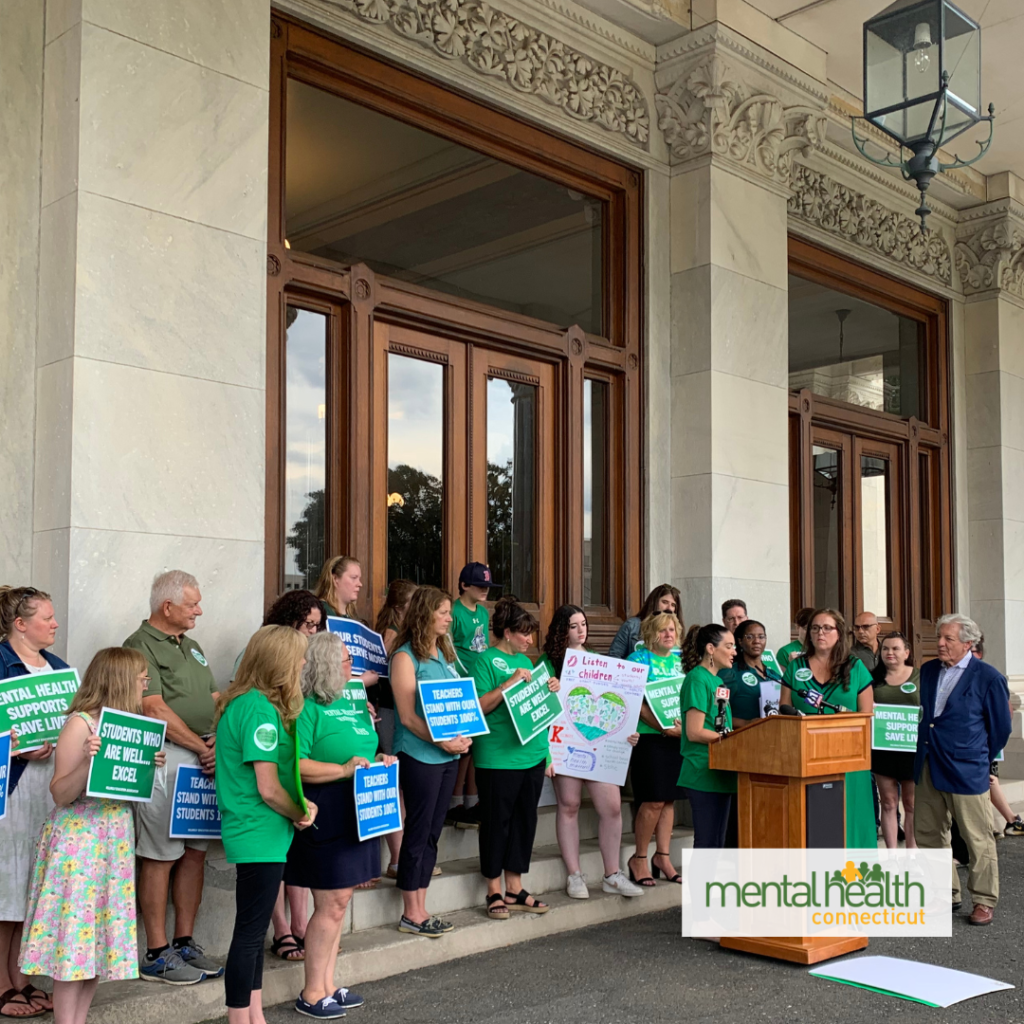