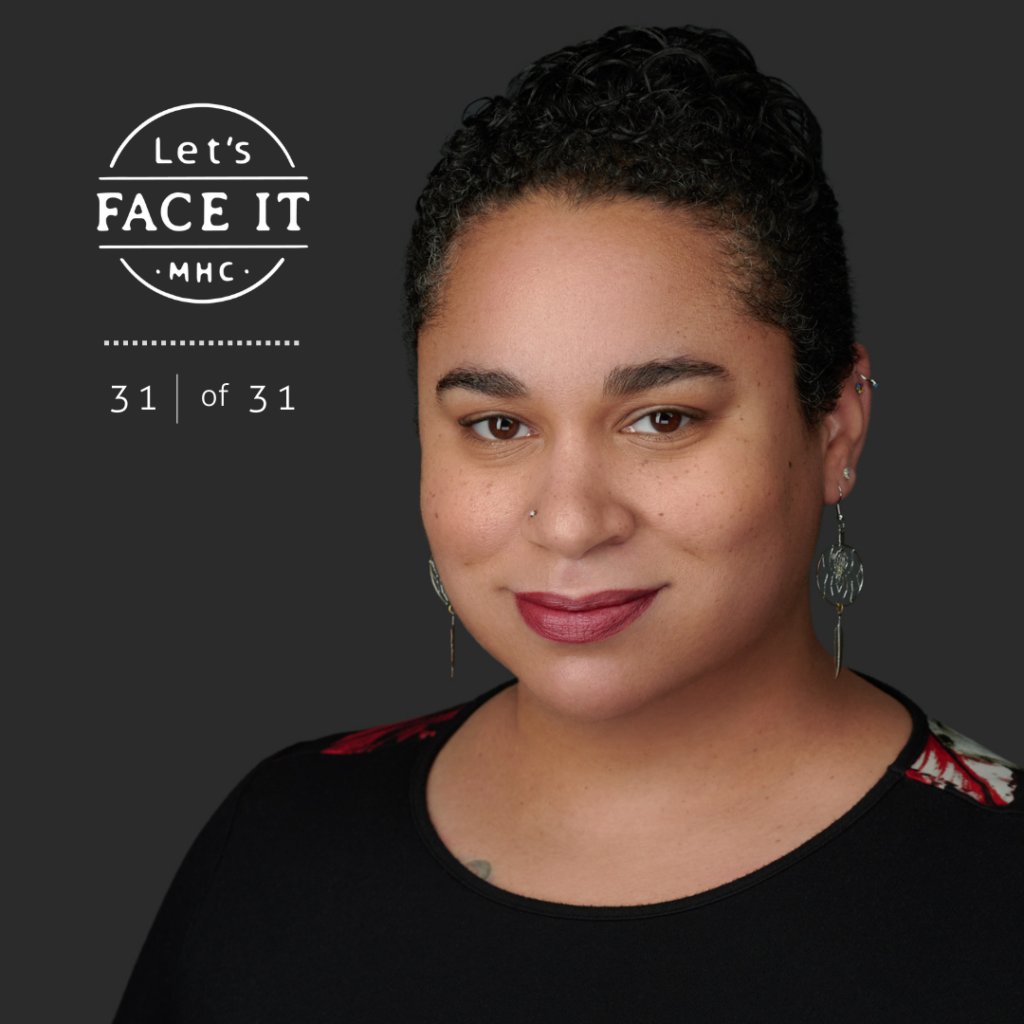 Jacquilyn Davis imagines a world without stigma. As a mixed race woman, she knows firsthand how stigma and intersectionality can negatively impact people’s behaviors and feelings about themselves and others. But she remains hopeful that, with effort and kindness, we can all continue to chip away at the negativity in the world and embrace our differences instead of fear them.

Davis’ professional call to action came in 2020. “When George Floyd was murdered by police officers, it was enough is enough,” she says. “I realized I need to do more in my community and why not start at my work.”

As a mixed race woman, Davis has firsthand experience with stigma and otherness. “As a racially mixed family, we were labeled ‘other’ in our community,” she says. “My mother was disowned by her father for following her heart. She carried those lessons within our family.”

“Growing up, I felt this otherness put upon me, that label of being other and different,” she says, noting that people would jump to assumptions about her heritage based solely on her skin color. “People need to label you and say, ‘Oh, you’re that.’ It makes them feel better,” she says, noting she has ancestors from across Africa, Europe, America, and Canada.

Over time, feelings of being an outsider impacts your own feelings of worth and understanding, Davis says. “There’s a weird pressure that comes from being different. Over time it erodes your sense of self. I felt growing up that I had to be a specific version of me in different places. I put on different armor so I could fit in and make other people comfortable so I was safe. That’s such a burden.”

Davis recalls examples from her jobs before she joined MHC seven years ago. “I would have to be ‘extra.’ I would have to be sure to put on a smile. You can’t have that resting face because people think here comes that angry black woman. You can only speak when spoken to. I had to adapt to that environment so I wasn’t getting those stereotypes placed on me. “Angry black woman” was the biggest one. I am an observant person. I would watch to see what mask to put on. You always have to watch your back. I had my grandpa’s voice in my head: ‘Be good. If you can’t be good, be careful.’”

Davis recalls prepping her work persona while driving to her job. “You’re in your own home and safe,” Davis says. “On the car ride to the office, you’re putting these postures on. It’s always extra—extra loud, extra perky. Don’t be too opinionated. Even if you have a good idea, you have to be careful how you present it.”

As part of her new MHC role, Davis is working hard at a different approach now. “I wanted to put myself at the center somehow, to be vulnerable and hopefully inspire others to say, ‘I’m feeling tired, too, so let’s do something about it.’ The pandemic has opened up a lot of wounds for people. Our mental health has come to the surface because of this. The time is now to have these conversations, to be breaking these stigmas across sectors. It’s not just about mental health stigma or race stigma. People are being attacked with multiple stigmas. We have to recognize it and celebrate our differences.”

“I’m proud to be a mixed woman,” she adds. “I hope that by sharing a small piece of my story, I can connect with someone out there who can feel they can share their story or at least take comfort that they’re not alone in the struggles they’re going through right now.”

Looking for resources or support in CT but don’t know where to start? Contact MHC’s free Information & Referral line: https://www.mhconn.org/education/information