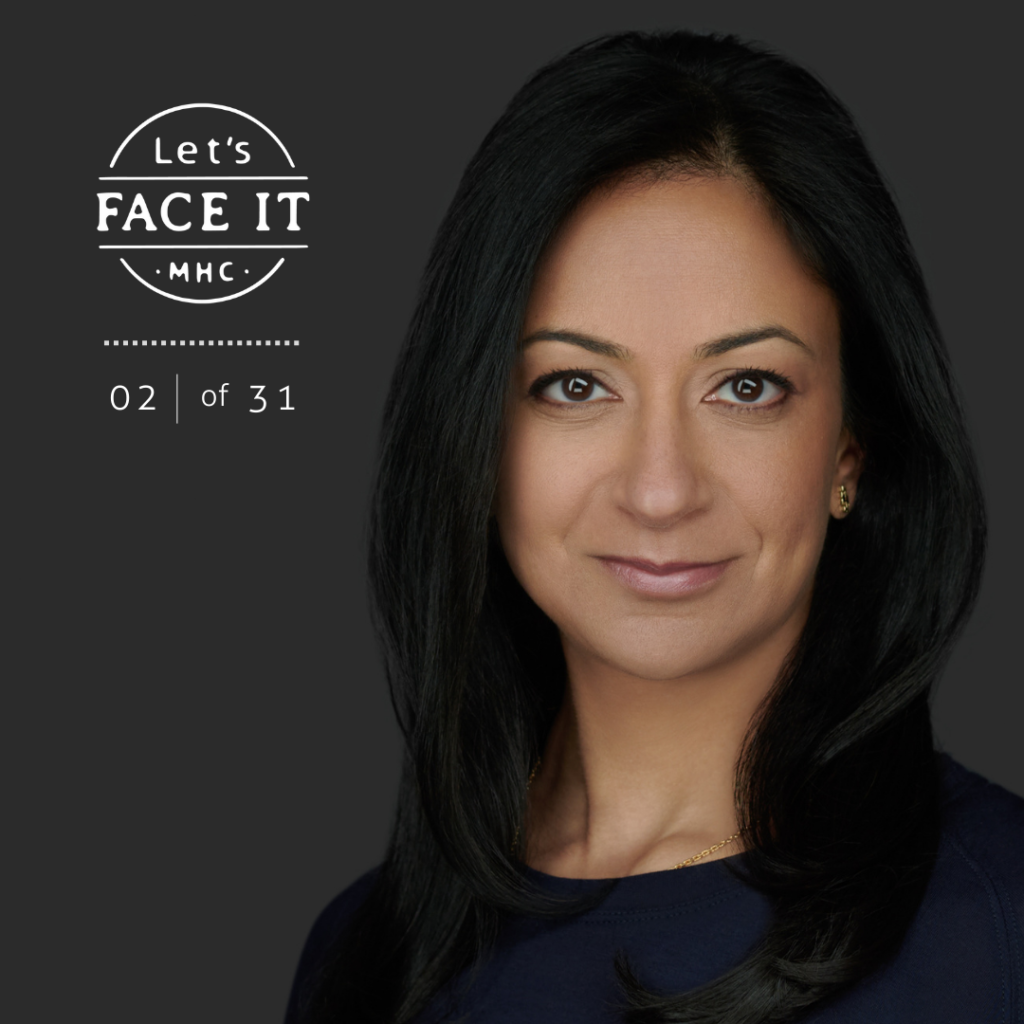 Dita Bhargava credits her mother with inspiring her and her sister’s activism streak. “Watching her struggle is something we carried with us,” she says of her mother who was a single parent after her divorce. “I have empathy for those who struggle like my mom did to put food on the table etc. We turned it into some form of activism.”

What Bhargava never anticipated, though, is that part of this activism would ultimately be inspired by the tragic death of her son, Alexander Pelletier, from addiction.

Now a Board Member of the Women’s Consortium, Bhargava began her career as one of the few female traders on Wall Street. Ultimately she decided to take a leave of absence from that industry to focus instead on trying to affect change in the workplace. “I had a sense of duty to help others,” she says.

With two other women, she formed the Parity Partnership, a nonprofit whose mission at the time was to empower women in the workforce. “There is a big lack of family friendly policies in the workplace,” she says, noting she advocated to help pass the family leave bill in the Connecticut legislature. “It’s not just the right thing to do; it’s the smart thing to do.”

It was around this time that her oldest son, Alec, began struggling. “We couldn’t understand the source of his depression and anxiety,” she says. He began self-medicating with alcohol and pot before moving on to readily available opioids and, ultimately, heroin. Eventually, after several years, he received a diagnosis of bipolar disorder. “I quickly started to learn about the diseases of addiction and mental illness and added advocacy around that.”

She joined Shatterproof, a national organization whose mission is to end the stigma around addiction disease, which is the first barrier to treatment. She spoke publicly about this issue wherever she could, with Alec’s blessing. “I asked him if he would like me to talk about his illness,” she says. “He answered with his own questions. ‘Would you be asking me this question if I had cancer? I have a disease and yet there are barriers to talking about my disease.’ He said to go out there and talk honestly and openly so we can erase these barriers, and he and his friends can get the help they need.”

Alec died three weeks after that conversation on his 26th birthday while living in a sober home in Connecticut. “I knew I had to carry out his mission to help others.” Bhargava says. “He wanted to live a life of sobriety. During that seven year struggle with addiction, we were desperately searching for proper treatment for him. Unfortunately, there is little to no transition plan at every release. Without that necessary support, the insidious disease was too overwhelming to manage on his own.”

Secrecy and stigma, Bhargava believes, are partial reasons for our country’s continuing mental health and addiction crisis. “The reason society is not good at sussing it out is because of the stigma around mental health disease,” she says, adding that it took about 10 years for Alec to receive his bipolar diagnosis. “All that time you’re at a loss chasing your tail trying to figure out how to help your son.”

“Alec’s death was a tragedy for our family and community. He had so much to offer,” she says, “but the real tragedy is that we’ve lost thousands of kids like Alec. There are no barriers to this illness. It can impact anyone and everyone regardless of race, gender, economic situation.”

Ending the stigma is critical to changing the path society is currently on. “We are in the midst of a mental health and addiction crisis and yet barriers to treatment still exist.” she says. “A lot of that has to do with the stigma.”

“They’re diseases of the brain and just because it’s not a broken leg that you can visibly see, it’s harder to recognize as actual diseases,” she says. “The more we explain and share our stories, the better chance those suffering from those diseases can have access to treatment.”

“Sharing my story gives people a comfortable place to know this can happen to anybody, a comfortable place to say ‘me too.’ That’s the first step for that person to go and seek help,” Bhargava says. “I want people to learn that there is help that can help make them better, that mental health disease treatment is real, and that there is life beyond that suffering that is normal and can be normal. We are up against a race of time so it’s critical we get our heads around this issue.”