Could Mold Be Affecting Your Mental Health? 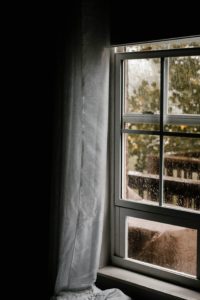 Photo by Danielle Dolson on Unsplash

Mental health issues are now the leading cause of hospitalization in Connecticut for children, teens, and young adults, making it a major problem. Mental illness is often a result of daily stress, life experiences and chemical imbalances, but science has uncovered another cause: mold toxicity. Mold toxicity can cause both physical and mental health problems and often goes undiagnosed, despite how prevalent it’s believed to be. Finding this link could help millions of Americans understand what’s really causing their symptoms and what they can do about it.

What does mold toxicity look like?
Mold toxicity can manifest in different ways in people. It’s more commonly linked to physical problems, such as difficulty breathing, fatigue, and headaches, but research shows that it can present itself in a psychiatric way, too. This includes brain fog, depression, anxiety, problems concentrating, and insomnia. Some people present just physical or psychiatric symptoms, while others can get a mix of the two. This means that people are seeking and receiving treatment for a mental illness that only exists because of their exposure to mold. Research has also found that a vulnerability to mold toxicity is present in 25% of the population, which is often due to a genetic predisposition. Due to this, a family can be living in the same home and only one person presents symptoms.

How much exposure can trigger mold toxicity?
Any exposure to mold is too much, but research from the City University of New York illustrated how much was enough to trigger psychiatric symptoms. Mice were exposed to mold spores three times a week. After just three weeks they began to show symptoms of anxiety and memory problems, but no physical symptoms were present. They theorize that mold inhalation works in the same way as a bacterial infection where an innate immune response is triggered and this results in behavioral dysfunction. Research also suggests that people who already have a mental health illness can find that their symptoms are exacerbated when exposed to mold.

How to protect yourself
Up to 40% of American homes have significant mold problems, which means there are millions of people at risk of developing mental health problems due to mold toxicity. Employing professionals to inspect your home for mold and remove it is an important first step in protecting your health. They can also apply treatments to problem areas and prevent mold from coming back. You may be able to remove mold yourself, but identifying what’s causing it is essential to prevent it from returning. Mold grows when there is too much moisture in the home, so leaking pipes, a broken roof, and poor insulation are common causes of mold growth. Using a dehumidifier and extractor fans can help to remove moisture from the air and are particularly helpful in bathrooms and kitchens.

Understanding the link between mental health illnesses and mold exposure can help a huge amount of people assess what’s causing or exacerbating their symptoms. Eliminating mold exposure can help people’s health to improve all-round, but it’s important to remember that it can take several weeks for this to be seen, depending on how much mold has built up in the body.

About the Author: admin