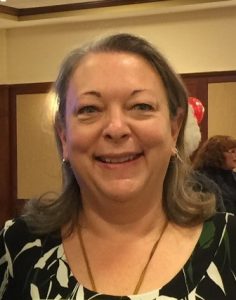 There are so many success stories, but there’s one person when I think about recovery and success, and that’s Teddy. He passed away a few years ago, but he lived a pretty good life while he was a member at the Independence Center (Mental Health Connecticut’s recovery Resource Center in Waterbury, CT).

Ted was a very impaired schizophrenic and constantly heard voices (and many times responded to them), despite being on anti-psychotic medications. After spending numerous years in Fairfield Hills, he navigated the group home system and eventually was able to get his own apartment with the assistance of a residential program or supportive housing. Ted then went on to find employment and worked at Burger King for quite a long time.

Ted was a fixture at the Independence Center and was elected as a Leadership Council Member year after year. He would cook dinners (and then clean the entire kitchen), cash out the register, answer the phones, and numerous other tasks that were usually assigned to “higher functioning” members. He did tons of legislative work as well and was well known by his local representatives. Ted was here most days and was an integral part of the community. He lived and worked independently and had a goal to get his driver’s license. He was saving money for driver’s education classes and wanted to drive to North Carolina to visit an aunt that lived there.

Ted’s Northeast family was the staff and members at the Independence Center (IC). He had gone on countless trips and outings, and was able to do something that he enjoyed every day – whether it be working, cooking, watching Lifetime Television, or talking on the phone with some of his friends. Teddy loved going on the outings with the IC. He would budget his money every month to be able to go out to eat. Two of his favorite things were good food and a scary movie!

Teddy was intelligent, caring, funny, and even sometimes a little fresh, but that’s what made him a joy to be around. I saw Ted’s recovery as a road with many bumps-especially early on in his life, some mistakes made along the way, but a life lived in the way he wanted things to be.