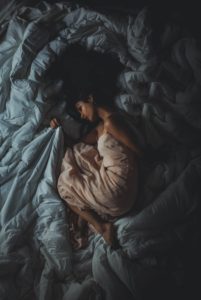 Photo by ANMOL on Unsplash

There are 21 million people worldwide living with schizophrenia, a disease whose most prevalent symptoms include disorganized behavior, delusions, and hallucinations (both visual and auditory, though the latter are more common). The severity of symptoms can make day to day life difficult, and often, the disease is permanent though treatable. As noted by Professor Tom Craig, a specialist in the field, “A large proportion of people with schizophrenia continue to experience distressing voices despite lengthy treatment, so it is important that we look at newer, effective and shorter forms of therapy.”

One experimental therapy involving discussion between a patient and an avatar is showing promise in quelling auditory hallucinations. In this post, we discuss this new approach.

What is Avatar Therapy?
In avatar therapy, a person with schizophrenia has a face-to-face discussion with an avatar that a represents their auditory hallucination. A recent randomized trial compared this therapy to a type of supportive counselling, finding that the former was more effective after 12 weeks of treatment.

The study is the first large-scaled trial of this therapy; it was used with patients who had had distressing, persistent hallucinations for various, hearing an average of three to four voices. Patients continued to receive the usual treatment for schizophrenia, which comprises a blend of medication, lifestyle changes, and, when necessary, psychotherapy for related substance abuse.

What does Avatar Therapy Comprise?
Each session took place over 50 minutes. Prior to starting treatment, patients worked alongside therapists to create a computerized symbol (avatar) speaking in voices similar to those they heard; in this sense, the treatment was personalized to each patient.

The avatars not only used similar sounding voices but also relayed the same type of messages patients normally encountered in their auditory hallucinations. During therapy, three people were present: the patient, the therapist (speaking in his own voice) and the avatar (which the therapist voiced).

Patients spent between 10 and 15 minutes conversing with the avatar, standing their ground against it, correcting erroneous perceptions about them, and taking control of the situation, so they felt more powerful, and the voices more insignificant The entire session was recorded, so that patients were able to listen to it every time they began hearing voices.

Technology can introduce us to fantastical worlds, but also ground us in reality when needed. Avatar therapy is one showing great promise in quelling the power that auditory hallucinations have over patients. The study shows that giving an outward form and voice to the negative messages that plague people with schizophrenia, can help them take control over their symptoms, and realize the importance of perception.