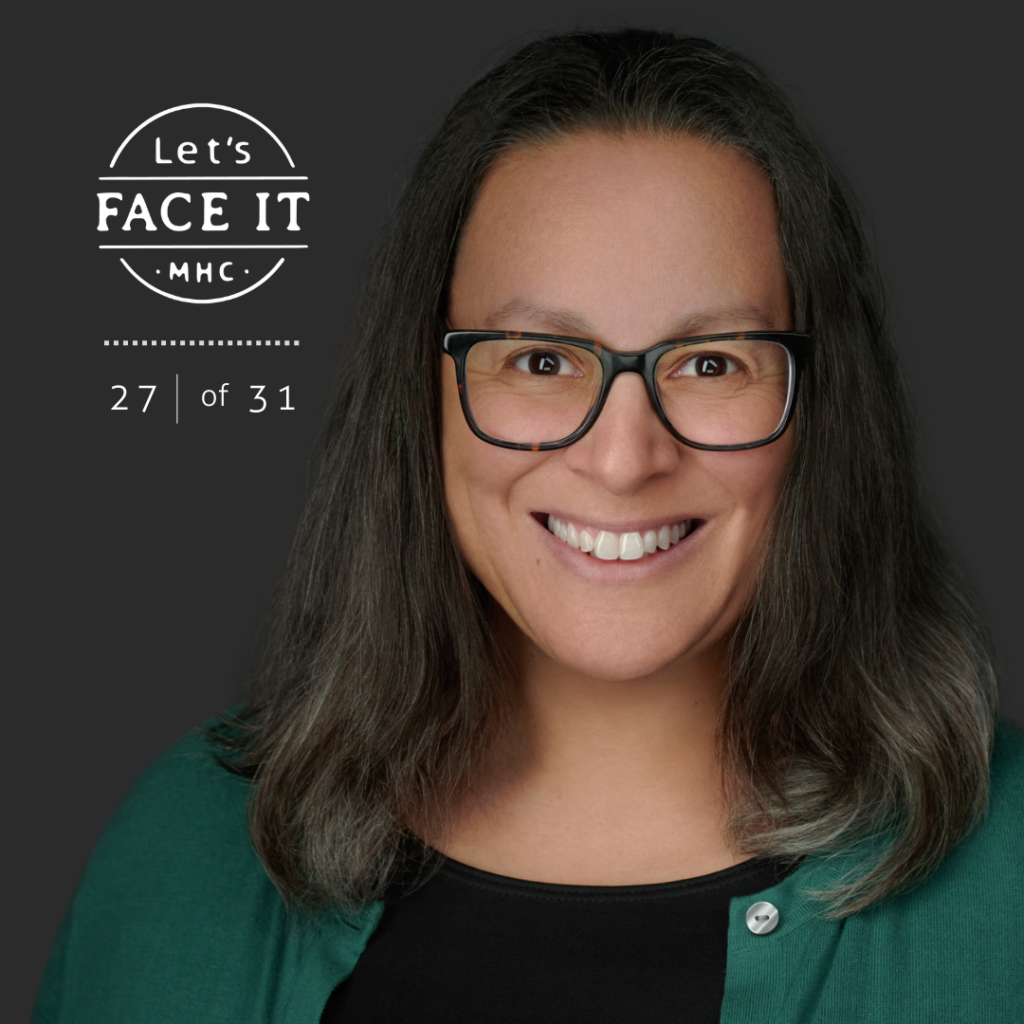 Lawyer Kathy Flaherty knows stigma from both sides of the bench if you will. Not only has she made a career of helping people with disabilities overcome legal issues, but she has faced the stigma and challenges of having a mental health diagnosis firsthand, both personally in an involuntary hospitalization and professionally as a lawyer who initially was only allowed provisional acceptance to the bar because of her diagnosis.

Flaherty, who is executive director of the Connecticut Legal Rights Project, first started having mental health issues during her senior year of college when she got so depressed that getting out of bed was a challenge. She ultimately graduated and decided, having taken some criminal justice classes, that she wanted to go to law school. She started law school in the fall of 1990. In October of that year, she went to an appointment with her psychiatrist, who put Flaherty into a psychiatric hospital. “I didn’t know that was legal,” she says, adding that she fought the hospitalization in court and ultimately lost. “I knew working at the intersection of mental health and the law was where I was meant to be.”

“People have said that stigma starts with a D and we call it discrimination,” she says. “A lot of the things I have personally experienced as it relates to being a person with a mental health diagnosis is stuff that’s rooted in bias and misperception and bigotry and misbeliefs about what people with mental health conditions are like.”

Her application for admission to the Connecticut Bar is one example. One of the application questions in the mid- to late-’90s asked applicants if they had received treatment for different mental health conditions in the last five years. “I had to answer yes to those questions,” she says, noting she was applying to New York and Massachusetts bars at the same time. Those applications did not ask for the same level of detail on those questions and she was admitted right away.

In contrast, it took her 18 months to be approved to practice law in Connecticut and that was only after multiple hearings and questioning. “The first question I was asked was if I was violent,” she says of one hearing. “What always struck me was the fact that highly educated professional people had the same misconceptions and believed the same myths about mental health as people who didn’t have as much education or background or anything else.”

Flaherty eventually was admitted — provisionally. At her private swearing in ceremony, the judge said to her, “I think this conditional admission is great because we used to not allow people like you to be admitted,” she says. For nine years, she had to stay in compliance with the recommended treatment, submit semi-annual affidavits about her treatment and ask her psychiatrist to submit proof that she was in compliance. “I had to keep taking medications that weren’t working because if I didn’t I could have lost my livelihood.” The questions were not removed from the Connecticut Bar Examining Committee application until 2019, twenty-nine years after the ADA was passed.

“There is that element of hope that things change over time even if it’s slow in coming,” she says. “People living with mental health conditions want the same things everybody does. They want the opportunity to build great lives in our communities. People should let other people do that and not feel we need to keep some people locked up to protect our safety.”

“The ultimate goal is to have a system that works for everybody,” Flaherty says, ticking off items such as accommodations in the workplace and flexible schedules. “Thinking that way works better for everybody.”