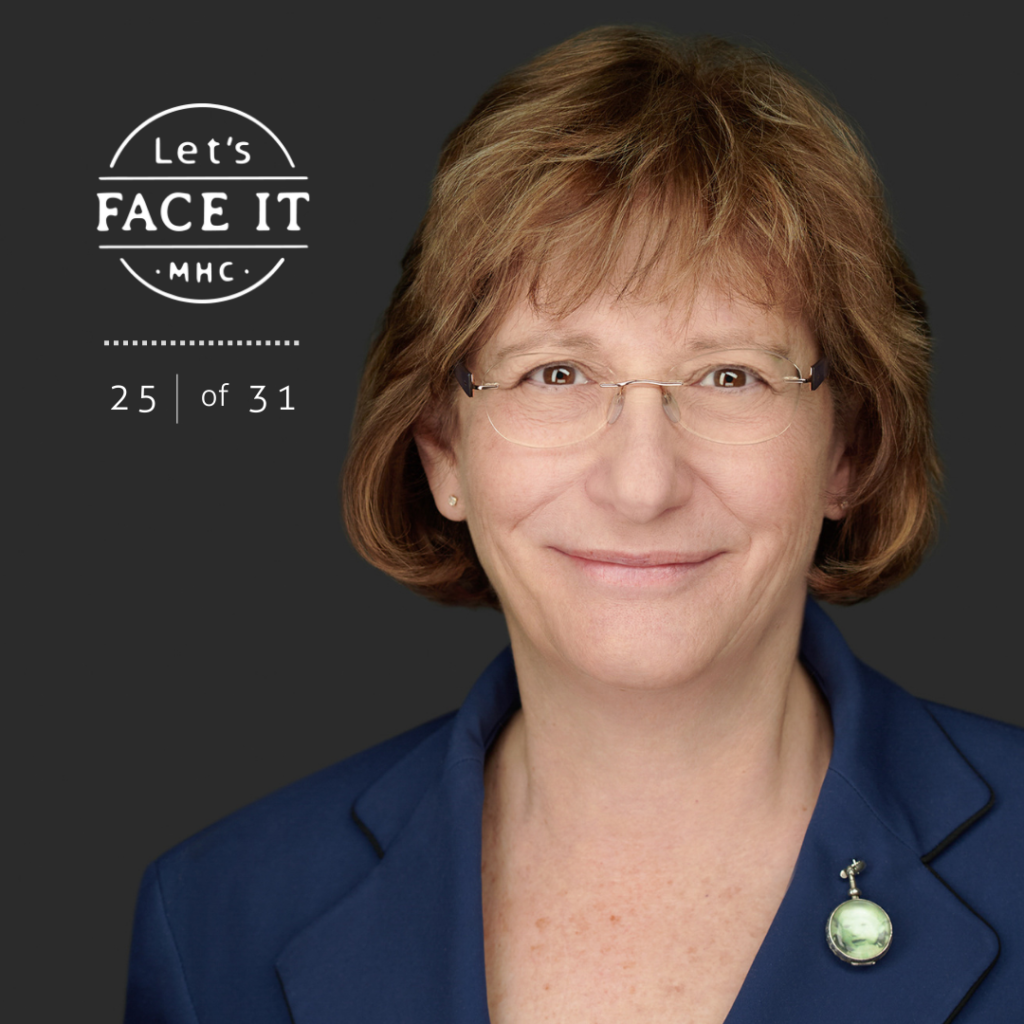 As a society, we intellectually understand loss that comes from death. What we are less adept at understanding and facing is loss in its many other forms. And that’s something Amy Jaffe Barzach hopes her story can help change.

Barzach and her husband Peter lived the loss that is every parent’s nightmare. Their son, Jonathan, was born seemingly healthy. “I took a six month maternity leave and enjoyed every minute with Jonathan and our first born son. It was a glorious spring and summer in 1994,” she says. “I thought life was perfect.”

Then suddenly at four months, Jonathan could no longer hold up his head. “It was scary trying to figure out what happened to this little boy who was happy and had been healthy,” she says.

A few months later, Jonathan was diagnosed with spinal muscular atrophy, a disease similar to Lou Gehrig’s Disease. By Christmas, his prognosis was changed to terminal.

“Losing a child is a validated loss whereas many other losses aren’t,” she says. “People feel sympathy for people who’ve experienced the loss of a child. My family and I benefited from that sense of sympathy people have. And yet I have met so many over the years who never got supported or validated because their loss wasn’t the loss of a child.”

“The end of Jonathan’s life and his death were a time of excruciating heartbreak for me and my family,” Barzach says.

A hospice counselor who worked with them during Jonathan’s final journey helped them plant the seed for what grew after his death. “She invited us to make memories and meaning from this horrendous experience and that this could help us let go,” Barzach says. She said, ‘Let’s explore what you might want to do to honor Jonathan. Think of something that might make him smile, something you can tell him about while he’s still with you.’”

She offered to stay with Jonathan while Barzach and her husband took time to have dinner together. They drove past Cape Cod Fence Company on their way to the restaurant. “I saw this big boat play structure,” Barzach says. “We both looked at it and said this will be our idea. We will put this in a place where children can enjoy it.”

The ultimate result was Jonathan’s Dream, an inclusive playground where children of all abilities could celebrate life. It was inspired, in part, by a day when Barzach and her husband were at the park with their sons, Daniel and Jonathan, before Jonathan got sick. “We saw a little girl in a wheelchair sitting on the sidewalk,” she says. “There were all those wood chips between her and the playground. I sat there looking at her sadly watching the other children play. I imagined that she wished she could be with the other children.” The playground built in Jonathan’s honor inspired the establishment of Boundless Playgrounds, a nonprofit that helped communities create inclusive playgrounds. During Barzach’s tenure as its executive director, the nonprofit helped more than 135 communities in 25 states build their own inclusive playgrounds. Today’s its work is continued by Shane’s Inspiration, a nonprofit based in California.

But Barzach hopes the message of her story is a more universal one. “Because the loss of a child is so traumatic, people were sympathetic, empathetic, and kind to our family. The support of the community, in addition to support from family, friends, and counselors helped us recover from this devastating loss,” she says. “I wish this same level of sympathy, empathy and support for everyone who is struggling.”

Death is not the only loss that needs support, she says. “I want people to give other people the benefit of the doubt, to appreciate that everyone has their own challenges,” she says. “Grief related to the loss of a child gets a lot of support and I’m grateful for that, but I wish for that same level of grace for anybody who has any type of grief, mental health challenge, or illness.”

“Everybody is struggling with something,” she continues. “I hope that each of us can approach people in this way and be open to supporting people. It’s not just catastrophic events that should elicit compassion.”

This topic may be especially difficult as we mourn with the families of the victims, as well as all those impacted by the horrific act in Uvalde, TX. If you or someone you know are looking for resources or support in CT but don’t know where to start, contact MHC’s free Information & Referral line: https://www.mhconn.org/education/information.