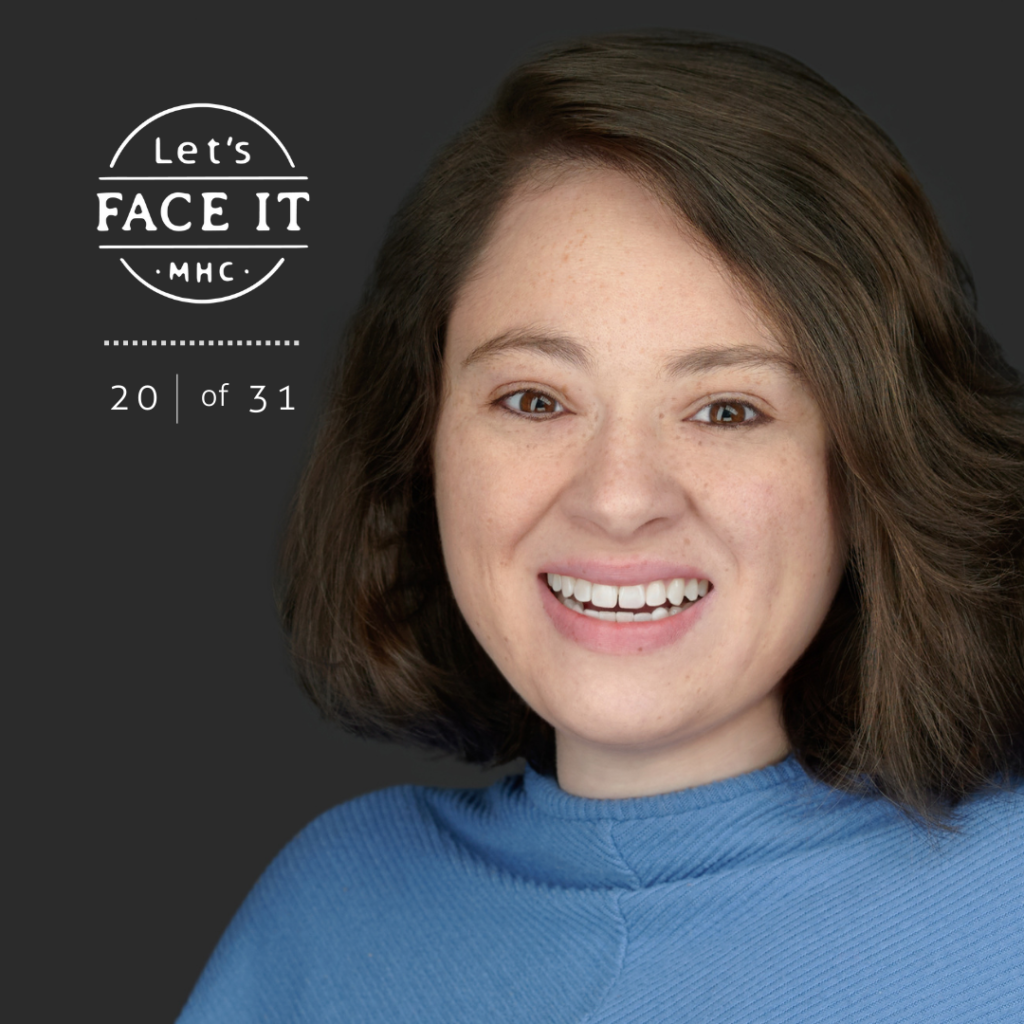 A recent graduate focusing on policy practice with a special interest in mental health policy, Brenner, 27, has lived experience and knows firsthand how internalized shame and self-stigma can get in the way of recovery and change. “Self stigma really got in the way of trying to help myself and get the care I needed,” she says of the years she kept her full story a secret.

Brenner’s severe depression began when she was about 19 and lasted for about five years. She was in college and struggling but keeping it to herself. “I didn’t talk about it,” she says, noting that among her symptoms was an unexplainable pain. “I couldn’t find anything like that so I thought since I don’t fit in the diagnosis boxes, I don’t deserve to talk about this. It felt like a migraine but I couldn’t point to where it hurt. It’s not on a list of typical characteristics. I really thought that if I talked about my mental health, people would think I was being dramatic.”

“At any given moment when I was awake I could feel this background pain and it just lowered my quality of life,” she continued. “I went from someone who was successful as an undergrad and won awards to that person quitting a job, living at home and going in and out of the hospital.”

Because her shame prevented her from speaking to others, Brenner says she didn’t activate her typical social network. “I didn’t talk to friends. I hardly talked to my parents,” she says, noting she tried to deal with the issue herself initially.

The tipping point came when she felt suicidal and realized she needed to go to the hospital to get the help she needed. After receiving appropriate treatment and feeling as if she was turning a corner, Brenner started wondering why she was hiding what was going on. “Maybe I can do something to get rid of the stigma if I talk about it. I became very vocal on social media and decided I wanted to advocate for mental health policy.”

“I want to show people the benefits of being open with your story. There’s hope that you get better. You ‘re not going to realize that until you reach out and talk to people.”

Brenner began opening up about her mental health journey on Facebook. “The response was amazing. I ended up raising several hundred dollars for mental health charities because I was open and honest,” she says, noting she also started a blog about her journey. “The response was more than I could have hoped for. People appreciate someone willing to be so vocal. I also had people start to reach out to me privately via text etc about their mental health journey. I would do what I could to listen and ask questions and encourage them to get help.”

Today, as Brenner prepares to focus on both public policy and mental health, she hopes others will use her story as motivation in their own lives. “Ending self stigma can help others who might have been afraid to share and speak out too,” she says, before offering this advice to anyone who is struggling: “Expand your social network rather than tighten it. When you’re ill, one of your first instincts is to close yourself off from all social interaction. One of the best things you can do is find as many sounding boards as possible.”

Looking for resources or support in CT but don’t know where to start? Contact MHC’s free Information & Referral line:https://www.mhconn.org/education/information.