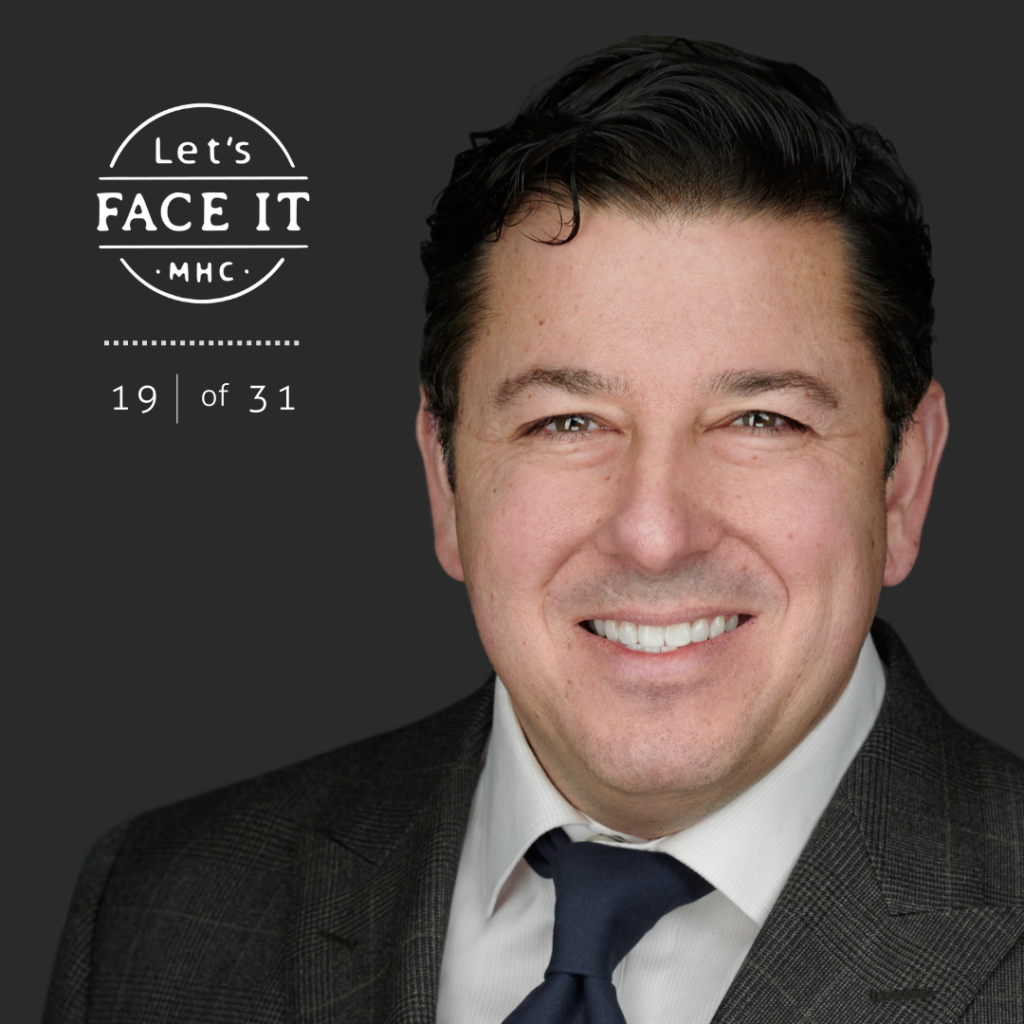 Stamford attorney Jim Carlon seemed to have it all—family, successful legal career in both private practice and as a lawyer and an officer in the United States Army Reserve. But then things started to go awry. He began having trouble sleeping, his eating was irregular, and he began suffering repeated panic attacks.

He knew he was in trouble, but he didn’t know where to turn. “At first I felt self-stigma. I felt bad about feeling bad,” he says. “It was taking energy and time away from my children, and I felt incredibly guilty about that.”

Keeping his mental health challenges a secret at work only compounded matters. “At my civilian job, I didn’t feel comfortable talking about it because I feared the impact that it would have on my career. Also, working in that environment was, itself, was a substantial contributor to the negative stress that I was experiencing. It was a double-edged sword,” he says.

In the spring of 2018, Carlon’s Army Reserve Commander finally stepped in, directly confronting Carlon by saying: “You can’t keep doing this to yourself. You’ve got to take a knee and go take care of yourself”. His Commander signed a transfer order allowing Carlon to move out of the active Reserves and into the Individual Ready Reserve. “It’s the place you go when you’re getting ready to retire. It gave me more time to focus on myself, which I had failed to make a priority.”

Despite this positive change and continued visits to his private therapist, Carlon continued to spiral downward. “Things were getting bad,” he says. “Every time I would drive home, my heart would race, I’d get dizzy. It was hard to walk into my own home.”

Concerned, Carlon’s siblings did what he calls a “quasi-intervention” sitting him down at his brother’s home and telling him that he needed to make significant changes. Then a friend at work spoke to him privately observing, “You don’t look like yourself anymore. The person I knew is not the person I see every day,” Carlon recalls. This friend would inform Carlon of connections he had at Silver Hill Hospital, and declared to Carlon in no uncertain terms, “You need help, so let’s get you in.”

While his work environment at the time was one of the stressors, Carlon did not feel he could be open about his prolonged absence. “I’m not proud of this but I lied about the hospital. I think I said I was having my appendix out or something. I could have engaged with my employer and demanded certain changes to try to address some of the issues I was having, but I was worried about the potential consequences. I opted, instead, to find a different workplace environment.”

But while Carlon quickly found a positive workplace in a smaller firm where he could be open about his mental health, he feels strongly that employees should not have to leave a workplace in order to get what they need to be their best selves. “If you’re talking about an epidemic of mental illness, loneliness, depression, whatever, there has to be some correlation between that phenomenon and work. There has to be,” he says. “And, if that’s true, then the workplace needs to be part of the solution.

According to Carlon, “Wellness committees are a good start, but employers need to do more. They have to stop thinking about mental illness and challenges as merely an outside problem that employees bring with them into the workplace. They have to start thinking about it from the perspective of what can, as employers, can do to be more supportive. Are there things in the workplace model that might contribute to this problem? Leaders have to blame themselves first. That’s their job. They have to take responsibility for the success or failure of their subordinates. That’s the only way this changes. They have to become servant leaders.”

In the meantime, Carlon recommends that people struggling with a mental health challenge find someone they trust. “Learn to be vulnerable,” he says. “You have to get past that first hurdle.”

Doing that at work can be difficult, he admits. “Ideally, you should be able to say how you’re feeling and not worry about the unintended consequences of not being promoted or being put on an alternative career path. However, we don’t live in an ideal world. Ultimately law firms, like all other businesses, are focused on the bottom line. The trick is to convince law firm and corporate leaders to buy into the notion that putting their people first and prioritizing their health and welfare (including emotional and psychological health) is accretive to the bottom line. When we can do that, positive change will happen.”

To hear more about Carlon’s advice about stigma and the workplace, check out check out his interview on a local internet program based in Fairfield County, Connecticut and his book, Conversation with a Desperate Man. A book for any man on the brink and anyone who loves him, available at numerous booksellers.