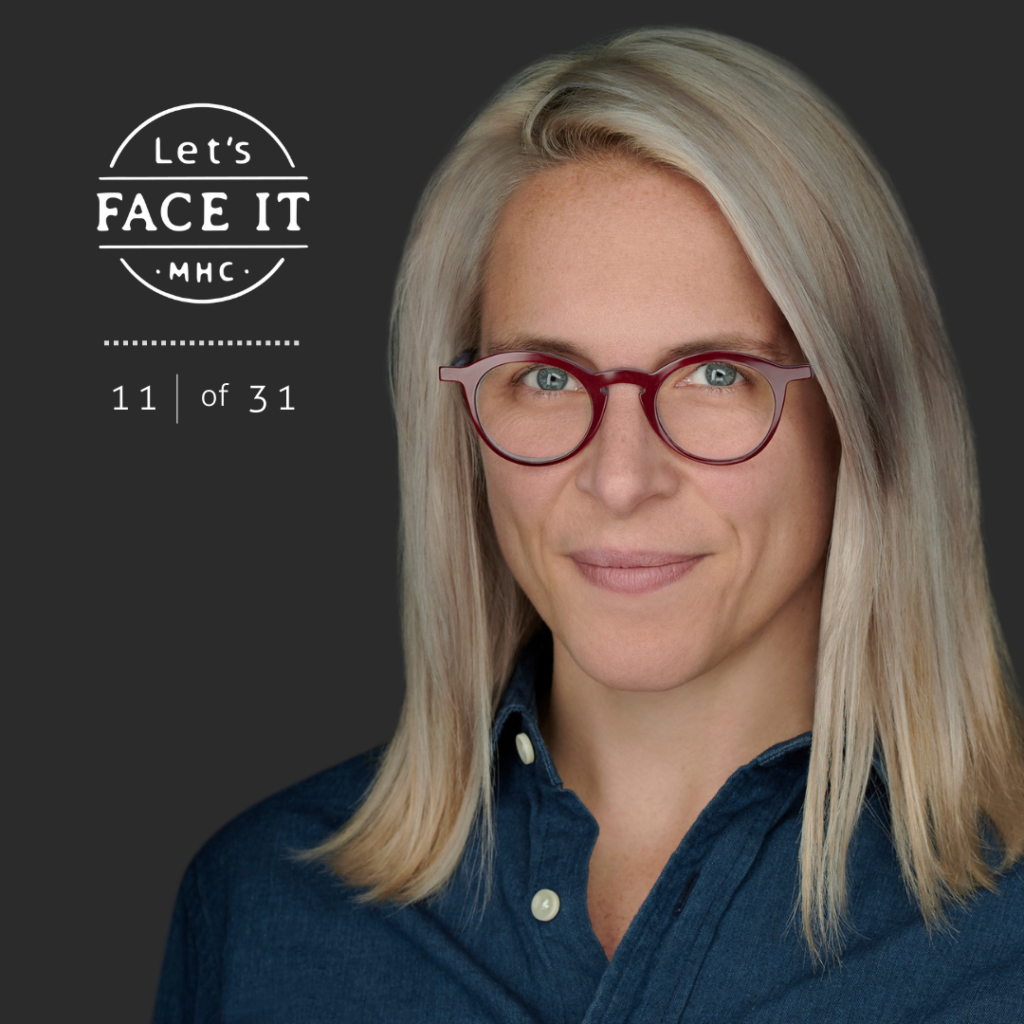 Some people internalize the stigma that comes from sharing a mental health diagnosis with feelings of self-shame. Laura Delano did precisely that…until she didn’t. It’s a story she hopes will help others with lived experience to perhaps take a different approach when they get a diagnosis.

Delano was about 13 when she began exhibiting behavior that both she and her parents didn’t really understand. An outstanding student and athlete attending a private all-girls school, she started acting out at home, going into rages, slamming doors and cutting herself. “I had suicidal ideation. I really broke down,” she says, adding that she also had an epiphany. “I realized I didn’t know who I was. I had been programmed to follow all these pursuits but I was too young to really understand what that meant. I concluded I didn’t have a real self. I was a programmed robot by all these forces beyond me.”

“It’s why I acted out at home,” she continues. “There was so much inside me I was trying to contain, I eventually lost it.”

Scared and confused, Delano’s parents sent her to professionals, who ultimately diagnosed her with bipolar disorder. She was put on medications. “Something deep inside me knew so clearly there was nothing wrong with me,” she says. “The problem was the larger social forces that are pretty oppressive to children and girls.”

So she rebelled against the medication and diagnosis and continued to push herself to excel. When she still wasn’t happy after entering Harvard, she decided to give the mental health system another shot. “There was no visible reason to feel as lost and despairing and disconnected as I felt,” she says. “I had it all quote unquote together so I must be sick.”

Delano began defining herself by her psychiatric diagnosis. “Initially I felt relief because I thought it was the explanation for my problems. Maybe these meds will help me. I believed in that story very deeply. I had a chemical imbalance in my brain but I could manage it and live a good life eventually.”

And yet… “With each passing year, my life began to fall more and more apart. Two medications became three became four became five,” she says, noting she had to take a year off from school and felt suicidal much of the time.

Eventually Delano graduated but she spent her early and mid-20s lost and focusing all her energies on her illness and getting treatment. “The perfectionist tendencies I had as a student and athlete, I needed a place to channel that as the perfectionist patient.”

“I viewed suffering as part of my medical illness,” she adds. “It felt validating for me. It helped me feel it wasn’t my fault. My brain was just broken.”

Gradually, Delano and those around her became convinced her life would be one one of limitations rather than opportunities. “That story became a self fulfilling prophecy,” she says. “Eventually I reached the point where life was so empty and hopeless that suicide became the most logical choice I saw before me. If all my life held for me was incurable mental illness or kill myself, death eventually became more appealing to me. To this day I have a deep respect for that choice.”

Today, Delano decries this “false story.” “The decision to kill myself and my actual overdose summed up how profoundly I had stigmatized myself,” she says. Delano fumbled along for a couple more years until she began to see what she calls the more coercive side of the mental health system.

She was forcibly hospitalized and made to take a medication she didn’t want to take. After missing a therapy session due to sedation, the police were called to do a well check. “A few months of disrupting experiences forced me to step back and think about my relationship to the mental health system,” she says.

A chance encounter with the book Anatomy of an Epidemic by Robert Whitaker, which looks at long term data about increasing psychiatric medication use, changed Delano’s path forever. “There I was on five medications for half my life. My life had completely fallen apart,” she says. “All along I believed it was because I was mentally ill. Then I realized what if it’s the treatment itself. This life I’ve been living is not one worth continuing to live and if what this journalist is saying is true then maybe there is a third path. I don’t know what it is but what if.”

Delano began weaning herself off the medications. “I was not confident out of the gate,” she says. “I doubted myself a lot. But I needed to find out who I would be and what my life would look and feel like if I gave myself time to live without the medications.”

As part of her journey Delano began writing about her story online. “If I’m going to find freedom from my diagnosis and my medications and the whole mental health system, I have to take my story back from them,” she says of that decision. “I have to forge my own path and write my own story.”

She began hearing from others, which prompted her in 2016 to create the Inner Compass Initiative. The intent is to provide people with information so they can make more informed choices about their mental health journey. “It’s not anti-medication or psychiatry,” Delano says.

“There is incredible meaning to suffering and distress and madness that gets lost when these experiences are reduced to a psychiatric label. It’s the label itself that can lead to stigma,” she says. “My hope is that space can be made for people to move beyond the medical model and make sense of their experiences in more human and contextualized ways. Seeing that you don’t have a life sentence of an incurable illness means you can work through it and transform.”